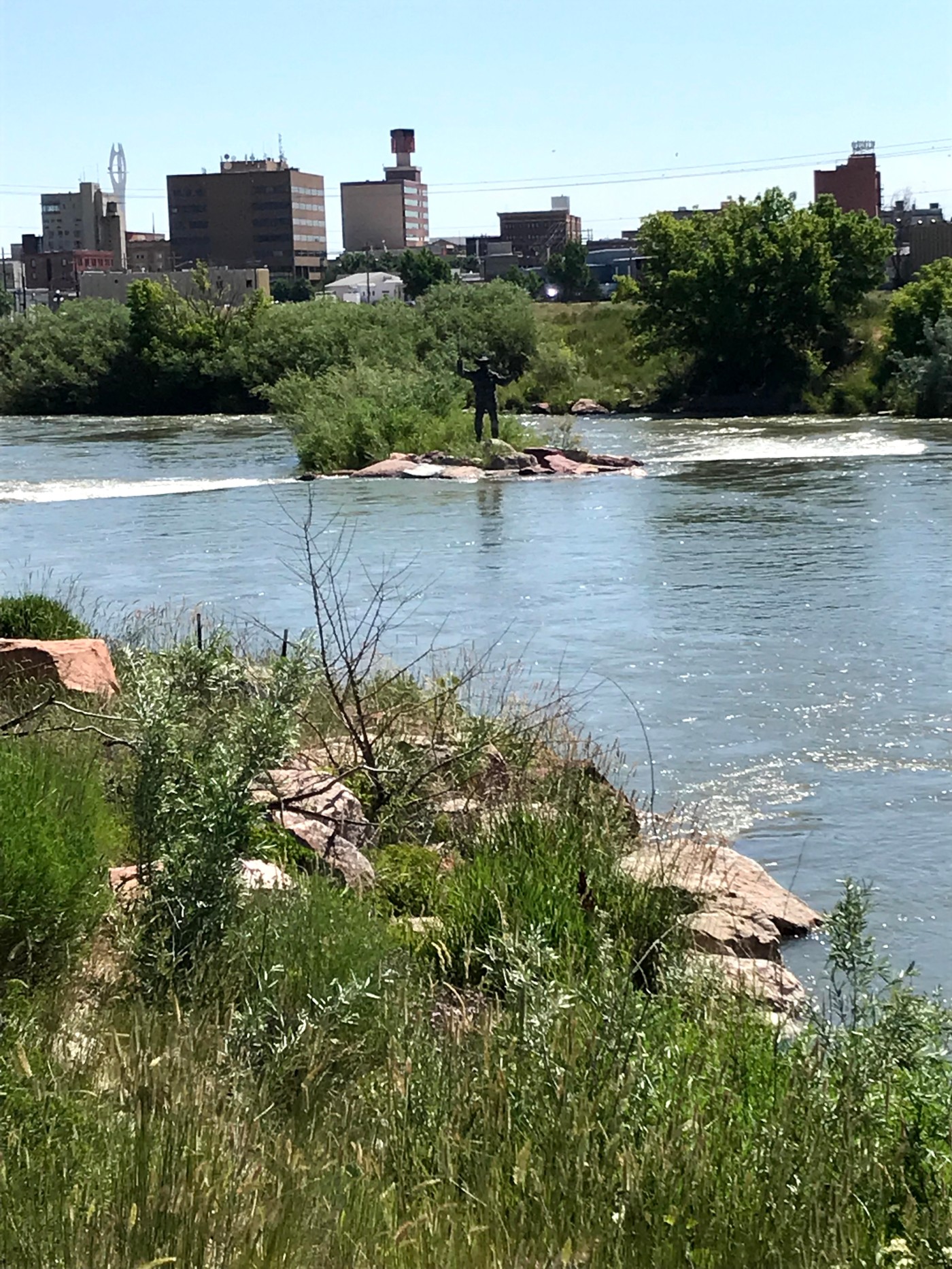 A day off in Casper today. A welcome rest for the legs and butt.

It seems most of the action in Casper is right here at our hotel. The Wyoming state softball tournament is in progress, so hoards of uniform-clad teenage girls are sprawled about. And then there is another hoard of much older ladies with bright orange T-shirts proclaiming each of them proud members of a traveling motorcycle clan called ‘Women on Wheels’. I’m not sure which group is louder. Our bicycling armada usually takes over a hotel, but here at the Casper Ramkota, we are totally outnumbered.

My wanderings around Casper brought back an old memory. As I did a double-take at the two-story brick office building next door to the hotel, I positively recognized it as the former Casper division office site for Conoco. I worked as a software developer for Conoco back in the early 90s, and visited the Casper office a few times. The building looks pretty much the same – with just a few newer buildings up the hill side. Crazy to think I’ve arrived back here by bike, nearly 30 years later.

I also ran into Mike Lansing field, home of the Casper Ghosts minor league baseball team. A Wyoming native, Lansing was a popular major league baseball player for the Montreal Expos and Colorado Rockies. The cozy ballpark is nestled along the North Platte river.

A visit to a downtown book store, art museum, and western-wear shop rounded out my Casper experience. A full day here is plenty. Back to the busy hotel to rest up for another 100+ mile day.

This is a text widget. The Text Widget allows you to add text or HTML to your sidebar. You can use a text widget to display text, links, images, HTML, or a combination of these. Edit them in the Widget section of the Customizer.