Today was bliss.  Literally, as we passed through Bliss, Idaho – population 318.  I’m perplexed that only a few people choose to live in Bliss.  It’s one of many small towns along a beautiful 97 mile ride today that featured views of the Snake River’s picturesque valleys and deep canyons.  Bliss was fleeting, as a brisk 20 mph tailwind whipped us through town and on up the river.

Wind is the one weather variable that can either crush the spirit of a weary cyclist with a brutal headwind, or provide a vigorous boost of momentum with a blissful tailwind.  Today, the cycling Gods were overly generous with a heavenly tailwind, elevating normal cruising speeds of 15-18 mph up into the 20s.  It’s like traveling in an open-air bubble as the wind flows at your same speed and the landscape seems to magically move with you.  Pure Bliss.

Ninety-seven miles went by so quickly and efficiently, that some of us tacked on a few extra miles to see Shoshone Falls and pass by the earthen remains of the launch ramp that famous stuntman Evel Knievel used in a failed attempt to jump over the Snake River Gorge near Twin Falls.  Had he waited for a tailwind like today’s, his odds may have drastically improved. 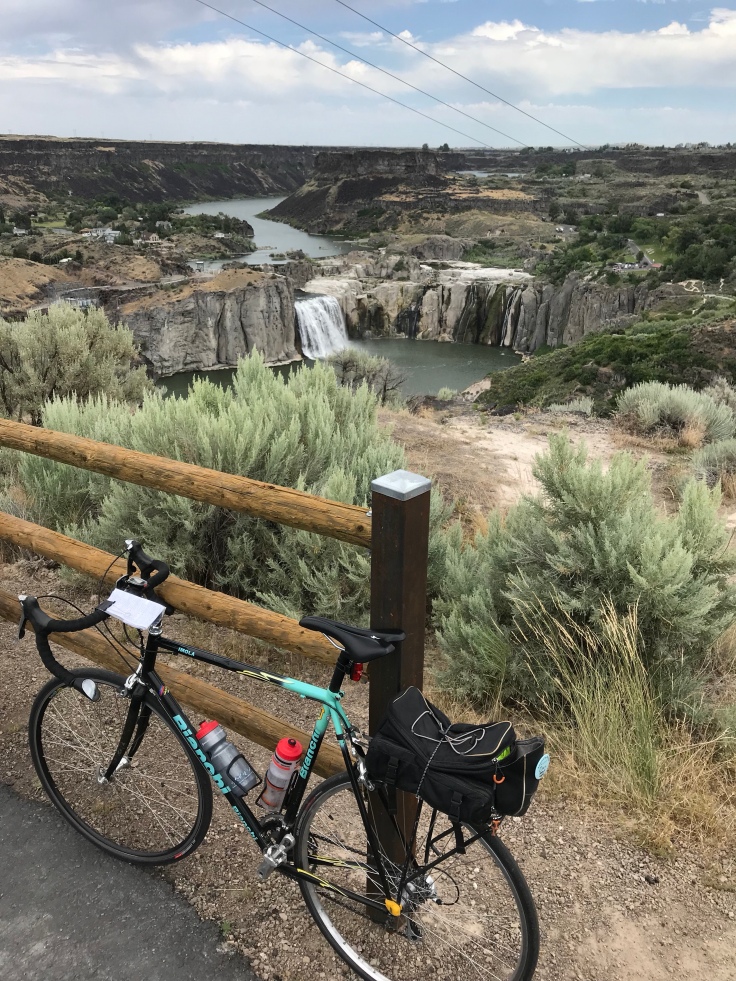 Tomorrow is a light day of about 40 miles into the town of Burley.  Which means a bit of a sleep in and a later start.  Yay!  More bliss.