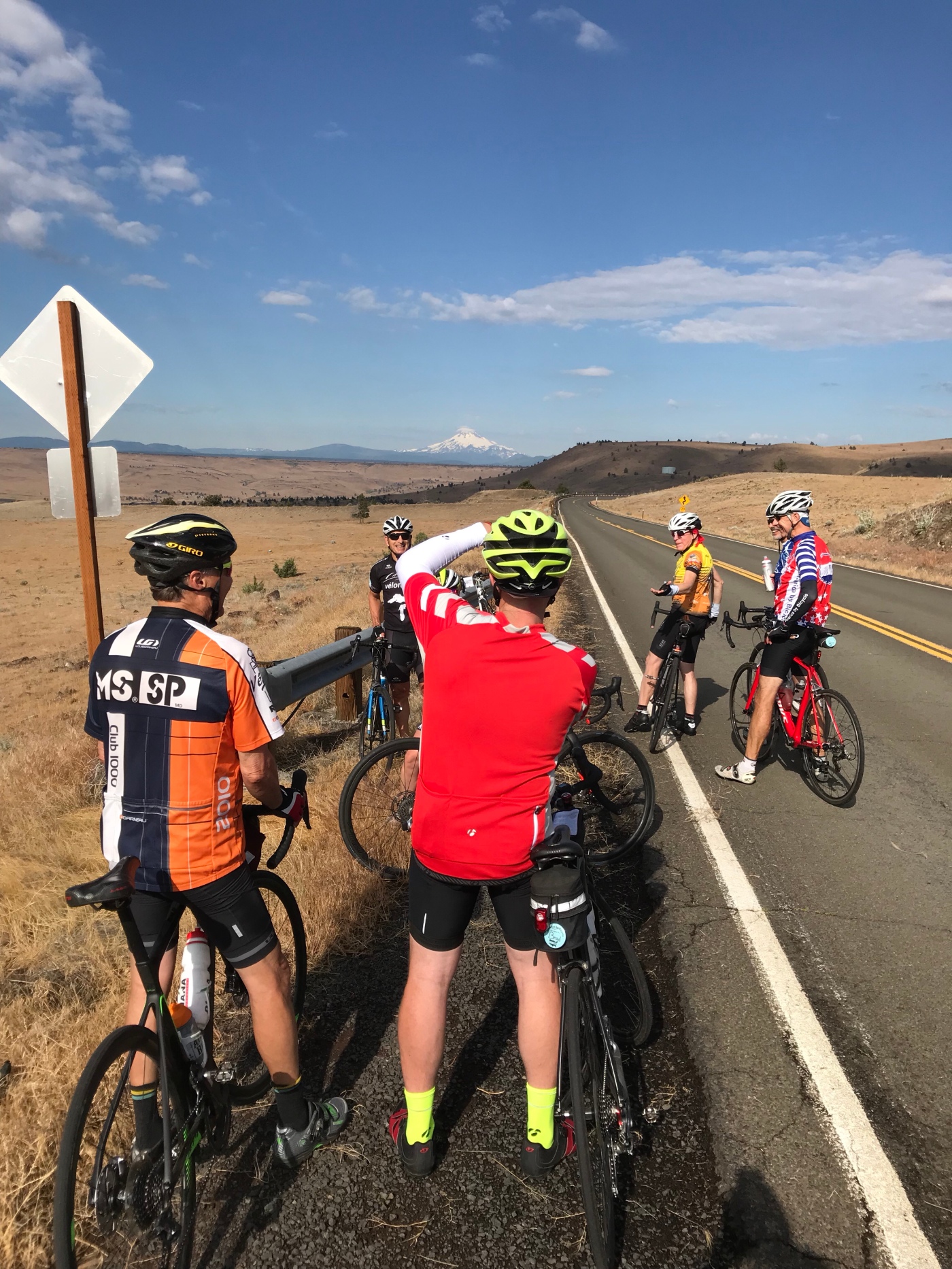 And then the rains came.  Bright flashes of lightning, followed by rumbling thunder through the open valley.  A steady downpour.  Not a cyclist’s dream scenario… except maybe when it happens at 2am.  Which was exactly the case in Kah-Nee-Ta.  We were warned that thunderstorms were imminent, but they moved right through in the darkness.  By 8am, the skies were clearing and the roads were mostly dry for our 60 mile run into the farming town of Prineville, near the very center of Oregon.

The friendships and cycling bonds are growing deeper as we get to know each other, and settle into riding groups of equal abilities.  I spent some time riding with Reid (from Evanston, IL) today as we pulled each other over some early hills and descents.  Then I flew solo for awhile before joining into a nice pack with Reid, Brad from Iowa, and the two Canadians on the tour – Rick and Doug.  We capped off our ride with a stop at a burger place in Prineville called The Big Dawg – where we reminisced about today’s journey and laughed about some of the travails.  We help motivate each other, while also reminding ourselves to have fun along the way.

Tomorrow will be our longest day yet.  We say goodbye to the Cascade Mountains and head east on U.S. highway 26 to the small town of John Day, 116 miles away.  I better get some rest!

(by the way, those are carrots growing in the fields on the right)